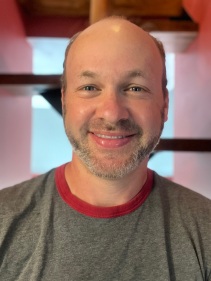 Kol Peterson, the owner of Accessory Dwelling Strategies LLC, is an ADU expert based in Portland, Oregon, who has helped catalyze the exponential growth of ADUs in Portland over the last decade through ADU advocacy, education, consulting, policy work, and entrepreneurship. He is the author of Backdoor Revolution-The Definitive Guide to ADU Development. He was the founder of Caravan- The Tiny House Hotel, the first tiny house hotel in the world, and organizer of Portland’s popular ADU Tour.  He consults with homeowners about ADUs on their property, and teaches ADU classes for homeowners and for real estate agents in Oregon, Washington, and California and runs a national ADU Specialist designation with Earth Advantage. He edits and manages AccessoryDwellings.org and BuildinganADU.com. He is a technical consultant for AARP on ADU market adoption in jurisdictions and states. He served on the technical and rules advisory committees for Oregon’s House Bill 2001 to overhaul municipal residential zoning standards to allow for middle housing throughout Oregon. In 2021, he launched a business installing RV hookup infrastructure for tiny houses on wheels on residential properties in Portland, which are now allowed as legal housing in Portland.

Kol developed and lived in a detached new construction ADU in 2011, and developed and lives in a daylit basement/garage conversion ADU he built in 2018. He has a masters degree in environmental planning from Harvard’s Graduate School of Design. Prior to his ADU work, Kol worked in the federal government for ten years in Washington, DC and Portland, Oregon.

Master in Design Studies – Design and the Environment